The T&I is the body which regulates fishing and related matters on the two named rivers, under powers delegated from the Environment Agency

Every member of the Company owns indirectly an interest in the River Test and is entitled to be a member of the T&I. Membership is encouraged because it allows Timsbury’s interests to be well represented in the T&I’s considerations of the river’s overall management.

The fishery manager can provide details to Syndicate members of how to join the T&I. The T&I has two public meetings a year at which there are normally topical lectures on issues concerning the Test and Itchen. In recent years the fishery has timed its Syndicate AGM to be held on the same day as the T&I autumn meeting, enabling members to attend both. 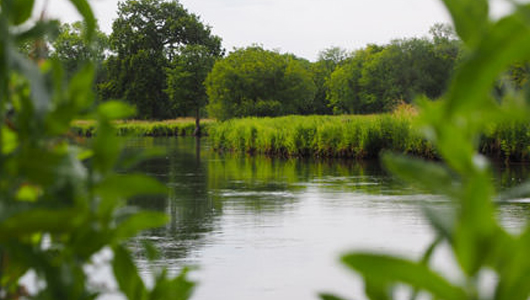 The River Itchen (previously also known as the River Alre) is a river in Hampshire, England. It flows from mid-Hampshire to join with Southampton Water below the Itchen Bridge in the city of Southampton. The river has a total length of 28 miles (45 km), and is noted as one of the world’s premier chalk streams for fly fishing, especially using dry fly or nymphing techniques.

The local chalk in the earth provides excellent filtration and thus watercress thrives all along the Itchen valley in its pristine, crystal clear waters. It is designated as a Site of Special Scientific Interest and is noted for its high quality habitats, supporting a range of protected species including the endangered water vole, otter, brook lamprey and white-clawed crayfish.

The River Test is a river in Hampshire, England. The river has a total length of 40 miles (64 km) and it flows through downland from its source near Ashe, 10 km to the west of Basingstoke (at grid reference SU 532,498), to the sea at the head of Southampton Water. In its upper reaches it is a chalk stream, known throughout the world for the excellent quality of its fly fishing for trout.

Between Chilbolton and Redbridge, the river was once paralleled by the abandoned Andover Canal. Much of the length of this canal was converted to a railway in 1865, and much of this railway has since also been abandoned. As a result, most traces of the canal have completely disappeared, although the remains of a stretch of the canal can still be seen between Timsbury and Romsey.